In today’s video, I’m responding to a viewer who is troubled by the fact that his girlfriend did things with her ex that she won’t do with him.

Are you wondering why you can’t stop thinking about girlfriend’s previous partners?

What would be the ideal way to react to knowing that your partner has done something with an ex, but hasn’t done the same thing with you?

Zachary Stockill: Unfortunately, this is a common scenario, particularly for male retroactive jealousy sufferers. And by the way, whenever I talk about retroactive jealousy and various experiences of retroactive jealousy, and when I include some gendered component, what I mean is, the majority of the emails I get of this nature are from men or from women. I’m not trying to say that no women struggle with this. However, I get this kind of email a lot from men.

Danny, I get it. I understand why this would bother you. I think this would bug a lot of men. But I think the way you’re framing this is not ideal. What would be the ideal way to react, knowing that your partner’s done things with their ex that she won’t do with you.

Why can’t stop thinking about your girlfriend’s previous partners?

I don’t like the language of describing human behavior, people, or emotions with terms like “ideal” or
“perfect.” In other words, your reaction is your reaction.

And frankly, you are entitled to have whatever reaction you’re having to this current scenario.

Furthermore, the things I gather are not very pleasant to deal with. You also didn’t include more details in terms of what exactly you’re assuming your girlfriend did with her ex, that she won’t do with you.

For sure, you’re not talking about going to the zoo or taking a swim at the beach together. I’m gonna assume you’re talking about something sexual she did with her ex, that she won’t do with you.

And that’s why you can’t stop thinking about your girlfriend’s previous partners.

So I’m gonna have to try to keep this clean for YouTube, which will be a struggle.

I think a lot of guys in this scenario, they don’t even really care so much about the thing that their girlfriend won’t do. It’s really not about the act itself. It’s about what the act represents, or at least could potentially
represent.

How many closeted gay preachers have we seen? Rolling up in hotel rooms and at the truck side stops are Evangelical Republicans, that even though they were really anti-gay, they’re on the side of the freeway with some random guy.

What gets repressed eventually gets expressed.

And this often translates into cheating and long-term relationships. There’s something that you really need, whether it’s sexual or anything else. So, ask yourself how important is this. Because, if it’s a serious deal-breaker issue, then you might need to ask yourself some pretty difficult questions about the future of your relationship.

But my main point in this video is to ask yourself. What does this thing represent to you? And what do you think it tells you about how your girlfriend feels about you?

Why you can’t stop thinking about your girlfriend’s previous partners?

Because if I was to put myself in your girlfriend’s position, there are many possible explanations in terms of why she won’t do this thing that she did with her ex. Maybe she didn’t enjoy this thing at all. Maybe she grew and changed and discovered that that thing just really doesn’t appeal to her at all. It’s unpleasant, or whatever.

Maybe the the explanation here is more simple than you might realize. That maybe she’s telling you, “I tried it, I didn’t like it, and I’m moving on. It’s my body, my choice, and my right.”

Your girlfriend doesn’t owe you sex, a certain sexual act, or anything.

Again, I’m not trying to say that you should just live with things that are intolerable to you. Of course not. But no one owes you sex. My hunch is that you suspect that this thing that your girlfriend won’t do with you, represents a larger, deeper, more important issue. Maybe you’re thinking your girlfriend isn’t as attracted to you as she was to her ex. Or, possibly she is not as in love with you, as she was with her ex, which is unfortunately entirely possible.

I always say, if you really want to know who someone is, pay little attention to what they say. Watch what they do.

Because if your girlfriend is saying that she’s into you, she’s super in love and attracted to you, but you have sex once a month, or worse, your sex life is mediocre. You kind of feel like she really isn’t into it. And, you feel in your gut that she doesn’t have that burning desire for you that you want from her.

Well, that’s probably a situation that you need to really think hard about. And really try to get to the bottom and think about what is the real problem. What is really going on?

Is it simply that she’s not into certain things anymore that she was into in the past? Or, our relationship is the problem. Our compatibility, whether it’s sexual compatibility, or anything else.

These are important questions that you should spend some time and think about. Because this issue isn’t going to go away on its own.

Now, coming back to your girlfriend, there’s a chance that she might change your mind at some point. Of course, she might get curious about this thing again, or want to try it again. Or, she might become closer to you or feel more trusting with you.

But if you’re getting this feeling that this situation is a bigger problem, this is where an outside perspective can come in very handy. Whether it’s talking to a therapist, coach, close friend, or trusted family member. Spend some time by yourself thinking about what this could represent.

Don’t drive yourself crazy with this. The explanation could be very simple.

But my hunch is that, if you’re writing to me about this, and if this is really on your mind, the explanation might be a little more complicated.

As I tell people all the time, your deal breakers are your deal-breakers. Your values are your values. You should spend a lot of time getting very clear about what you want out of a relationship and your partner.

If necessary, talk to your girlfriend. Ask her open-ended questions about how she’s feeling in the relationship and how she feels about you. And most importantly, aside from those important questions, pay attention to her behavior with you.

How is she acting with you? How she really feels about you? Because getting in touch with our gut feeling about a lot of these issues can be extremely valuable…

Watch the video/listen to the podcast at the top for my full response.

« Previous Post Asking About Girlfriend’s Past: How to Stop? [VIDEO] Next Post » How Long Does it Take to Beat Retroactive Jealousy? [VIDEO] 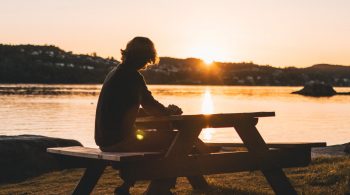 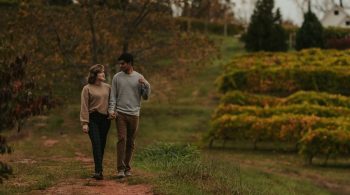 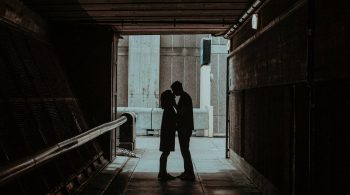