It’s easy to take getting enough sleep for granted.

You know how I realized that? About a year ago, one of my closest friends became a father.

And ever since, between running his own business, being forced to travel regularly, trying to maintain a healthy relationship with his partner, and managing the many demands of fatherhood, the guy really doesn’t get a lot of sleep.

In fact, he recently began experimenting with alternative sleeping patterns. Sometimes catching only a few hours a night–in an effort to minimize his hours spent sleeping as much as possible.

I understand that my friend needs as many hours in the day as possible to focus on his business and family, but still I worry about his health. I worry about people who don’t get a solid 7-8 hours of sleep on a regular basis.

In fact, I think I just saw one of “the underslept” on the highway as I was driving home this afternoon.

A woman ahead of me was swerving back and forth in her SUV, coming dangerously close to the shoulder a few times. I sped up to pass her, and when I peered into her vehicle I caught a glimpse of a haggard-looking, stressed-out, underslept and overworked woman clasping her cell phone, probably texting and driving. (It’s people like this who are the real threat on the road.) Moments later, she nearly bumped me off the road.

Aside from simply not killing your fellow drivers…

If you want to be a happier, more peaceful person, getting enough sleep is crucial.

Especially if you’re someone who suffers from retroactive jealousy.

And the only way you can have the necessary energy and motivation to commit to personal development is if you’re well rested.

There have been many, many, many studies on the physical and psychological benefits of getting enough sleep, and how harmful it can be to neglect sleep.

Retroactive jealousy is often associated with moderate, or even severe depression, and a major contributor to depression can be lack of sleep.

RJ sufferers are often quite moody, and lack perspective about their partner’s past. Surprise! Lack of sleep can also impair our judgment in many different spheres of life.

Frequent or infrequent anxiety is also a hallmark of retroactive jealousy, and–wait for it–a chronic lack of sleep can also lead to a long-term anxiety disorder.

In my guidebook on overcoming retroactive jealousy, I emphasize making incredible new memories with your partner, instead of focusing on the past. This can include making exciting new memories in the bedroom, and–you guessed it–not getting enough sleep can make that a challenge. Do you think you can function well even when you’re not getting enough sleep?

I used to think that I did alright on little sleep. Then I encountered this wake-up call (pardon the pun) from the fine folks at HealthAmbition:

Sleep flows in five wave-like stages, often back and forth, throughout the night. Stage one is light sleep, where your body relaxes and breathing slows. It’s common to drift in and out of this stage early in the night when you first go to bed.

In stage two your brain waves become slower and your eye movements stop.

There isn’t any eye or body movement in these later deep sleep stages and it is difficult to wake someone from this state (it’s also quite disorientating for them and should only be done in emergencies).

These deep sleep stages are where your body is repaired and important physiological processes take place. However, the fifth stage of sleep appears to be more to do with your mind.

Independent of and quite different to these first four stages is REM sleep, characterized by the rapid eye movements that it is named after.

During the REM stage your breathing becomes more shallow and irregular and your heart rate and blood pressure increase. This is primarily where you do most of your dreaming.

Research has shown that far from being unimportant, dreaming is vital to good mental health. It seems to be where your mind processes the events of the previous day and lack of REM sleep is associated with depression, anxiety disorders and other serious mental illnesses.

You really need your REM sleep if you want to feel your best the next day. Since REM happens at the end of a sleep cycle, getting only a few hours of rest in a night can mean we miss out on this vital phase.

I’ll spare you the “long-term effects” of not getting enough sleep, just know this: they mostly involve an early grave.

I don’t go into how important sleep is in the guidebook, but I may have to rectify that in future editions.

I also remember that my jealousy was always worse when I wasn’t getting enough sleep.

A lack of sleep impacted my ability to think clearly, and implement the “brain hacks” that helped me defeat retroactive jealousy.

I remember how not getting enough sleep contributed to brief episodes of low-level depression, and a general feeling of “blah-ness,” not just about my partner’s past, but about life in general.

On the whole, not getting enough sleep impacted my ability to be a grounded, loving partner, and a happy, healthy person.

Are you not getting enough sleep?

Or worse, is your retroactive jealousy (ie. the “mental movies” and curiosity about your partner’s past) impacting your ability to fall asleep at night?

There’s an app for that. (Actually, there are a number of apps that are intended to improve sleep.)

Otherwise, you may want to experiment with guided meditations, or hypnosis mp3s.

I’ve found the sleep hormone supplement melatonin to be highly effective. (Although it does tend to give me seriously bizarre, Alice In Wonderland-type dreams.)

I’ve never tried sleeping pills, but I know many people who find them helpful (in moderation, of course).

Another friend of mine swears by Bob Ross (of The Joy Of Painting fame). I’m not kidding. Most nights, my friend puts on a Bob Ross YouTube video as he climbs into bed. And, a couple of minutes later he’s lights-out. 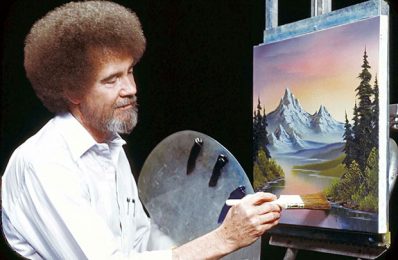 Whatever works, I guess.

Are you working to overcome retroactive jealousy? Prioritize sleep.

It seems so simple and obvious–being kind to our bodies, and giving ourselves the rest we need. But still, all too often, the hustle and bustle of everyday life interferes with our ability to get enough sleep.

Which is why we have to make sleep a priority.

Dealing with retroactive jealousy is challenging enough. But, it becomes even more challenging when you’re trying to function on a low battery.

Take it from someone who has been there: overcoming retroactive jealousy is far easier when you’re well-rested. You can think more clearly, and have more energy to focus on what’s really important in life, as opposed to being held captive by an imaginary past.