Today’s letter comes to us from a South African reader whose jealous boyfriend won’t admit that he’s jealous.

I’ve received many emails from women regarding a jealous boyfriend. Though this might be the one that touched me the most:

My jealous boyfriend has retroactive jealousy and has admitted he plays movies in his head of what other guys have done to me and is he even to the point where he doesn’t want to have sex with me the past couple of weeks. He keeps punishing me for my past with my ex-husband…

Any time we get into an argument, he ends up telling me to “go back to your ex, you liked sex with him better, you’re going to go looking for it.” It has gotten to the point we’ve talked about splitting up and nearly have several times.

Sometimes he has admitted it is his issue to get over, but he says it is an issue for us in the present because of my daughter with my ex-husband… He feels my past is always in danger of being thrown in his face, and I feel constantly punished by him with cruel comments.

I found a lot of helpful information on your website and read many of the articles; thank you. I showed your website to him and said I’m not being negative or judging, but I think this will help us. He flew off the handle, and said he was not jealous, and all this was my problem, not his. He called me names and it was very painful.

I really am in love with my jealous boyfriend, or I wouldn’t still be in this relationship. My question to you is: do you have any advice if the person suffering from RJ is in denial?

I don’t know if our relationship can be saved at this point. I think both of us are in love and want it to work but we just can’t seem to get past this issue.

Not because I don’t like hearing from readers (I do!), but for two different reasons.

One, letters like this remind me of some shameful episodes from my own past, and the hurt I once caused. And two, the letter writer is, sadly, beating their head against the wall. And it makes me frustrated for them.

When I get letters like this, my response is usually as follows:

You can’t try to help a jealous boyfriend who doesn’t want help.

And you can’t try to inspire other people to change when they don’t want to change.

And that’s because trying to change someone who doesn’t want to change is one of the most frustrating tasks. I can think of, right up there with learning to play golf. And your odds of success are about as good as landing a hole in one on your first tee-off; sure, it’s technically possible, but extremely unlikely.

Without exception, the people who get the most out of my guidebook and course are the ones who are willing to recognize that they both want and  need to get a better understanding of what they’re feeling in order to find the way forward.

It’s not about trying to convince yourself that “the past shouldn’t matter at all, and I’m a crazy person for feeling this way.”

It’s simply about realizing that waiting around and hoping things will get better isn’t working, that your curiosity and/or obsession with your partner’s past probably won’t go away on its own, and that it’s time to try something new.

But, unfortunately, some people who deal with retroactive jealousy never arrive at that realization.

I feel helpless when I hear about someone (usually a jealous boyfriend or husband) who’s obviously suffering from retroactive jealousy, and at the same time refusing to do anything about it.

Instead, they go days, weeks, or even months at a time without an “episode,” and then all of a sudden everything comes to a head: they start with the endless questions, they get sullen and moody, or they explode. As was the case with M’s boyfriend, they get nasty: they yell, and make accusations, and sometimes even call their loved one hurtful names. In their attempt to offload their problem onto their partner, they cause their partner real pain and cause serious damage—sometimes irreparable damage—to their relationship.

Here’s one thing I know for sure:

Before you can change, you have to want to change.

We’ve all heard stories about the alcoholic who had to hit “rock bottom” before actually putting in the effort to sober up. His wife’s pleading, his children disowning him, financial ruin, nothing stopped him from stopping drinking until he realized—on a deep level—that he wanted to put the bottle down more than anyone else who wanted it for him.

Sometimes, it can be similar for people dealing with retroactive jealousy. On occasion, I’ll get emails from jealous boyfriends or girlfriends whose relationships are on the brink of disaster, desperately looking for help.

Sadly, it’s often too late—they should have started working to get a handle on their RJ months or even years earlier, before the burden and strain of their jealousy caused their relationship to collapse. 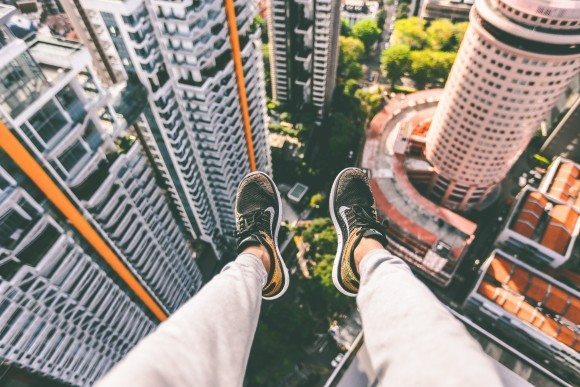 Other RJ sufferers find my website, recognize themselves in the things I write about, and commit to change, just like that. So of course, everyone who commits to overcome retroactive jealousy comes to this initial realization differently.

We all react and respond to our problems and inner demons differently. But a common factor for people who overcome retroactive jealousy is that ultimately it’s not our partner, or our husband, or our wife, or our boyfriend or girlfriend’s pressure that ultimately inspired us to take action—it was our own sense of responsibility for our problem.

Which is to say, if you’re suffering from RJ, your jealousy is your problem, not your partner’s.

Let me be clear: by “your problem” I’m not saying that you should be committed to a mental institution, or that you’re a bad person, or even that your partner’s past is not a dealbreaker; it might be, I don’t know.

What I’m saying is simply that you have a problem, in a very basic sense—whether that involves constant “mental movies,” unwanted thoughts, or confusion and curiosity about your partner’s past, there’s something going on that’s not working for you, or your partner.

Whether you choose to stay with your jealous boyfriend or not, you have a problem you need to solve.

The good news is that most of life’s problems have solutions, and, fortunately, retroactive jealousy is one such problem. We just have to want to find a solution before we can actually find one.

So, getting back to M’s letter:

If your jealous boyfriend has been suffering from retroactive jealousy for some time, is subjecting you to emotional abuse, but they won’t admit they have a problem (even when you offer them a potential solution), you have to ask yourself if you really want to subject yourself to that kind of treatment any longer.

You have to ask yourself if things are getting better or worse. And, if they’re getting worse, you have to think about whether it’s wise or healthy for you to stick around. Take care of yourself, first and foremost.

Some people who suffer from RJ eventually find their way out. Commit to change, put in the work, and get better. I know that not just because I’m one of them, but because I’ve received hundreds of emails and book and course reviews from other people who confirm it. Some jealous boyfriends get over their jealousy; people really can and do, get over this, and often their relationships thrive in the aftermath as a result.

Other people never get over this. Instead, they won’t admit that retroactive jealousy is a “thing,” and try to put it all on their partner; punishing their partner for their past, in small and sometimes big ways, over and over.

To someone suffering from retroactive jealousy, and refusing to do anything about it—refusing to try something new— I would say:

Is your plan to stay in the relationship, and keep punishing your partner for their past? pushing them away again and again? Are you going to keep doing this for several more weeks, months, maybe even years?

Do you really think your partner, no matter how much they love you, will put up with your behavior indefinitely?

If the situation were reversed, would you put up with that kind of treatment forever?

If you won’t admit that you have a problem, how are you going to arrive at any kind of solution?

How are you going to find a way forward if you won’t admit that you’re “stuck?”

I know better than most that dealing with retroactive jealousy can be confusing, disorienting, embarrassing, and frustrating.

I know that there is very little solid advice on the topic available, online or elsewhere, that about 99% of people in the world just don’t “get it,” and have never even heard of the term “retroactive jealousy.”

(Click here to read my article for BBC News on retroactive jealousy.)

I know that retroactive jealousy can be enormously painful, for both ourselves and our partners.

I know that it can be extremely difficult to try to figure out exactly what it is you’re feeling. And, what your partner’s past really “means” in the grand scheme of things. I’ve been there.

So, the way I see it, right now you have two options:

Option one, you can break up with your partner, and let them find someone else who won’t punish them for their past. (Bear in mind that this may not eliminate your problem and that RJ sufferers often suffer from retroactive jealousy in consecutive relationships, at least until they put in the work to solve their problem.)

Or, option two: you can commit to finding a way forward right now. You can try something new, for your sake, your boyfriend’s. You can save your relationship, and you can change; yes, you really do have that power.

Please note that I’m not saying my course and guidebook are the only options available to you. Perhaps professional counseling, or psychoanalysis, or a particularly enlightening LSD trip will be your salvation, I don’t know. But one thing I know for sure is that if you’re suffering from retroactive jealousy, and feeling stuck, you have to a) own your problem, and b) try something new before things can get better.

Retroactive jealousy can be a hellish beast to confront but confront it you must if you want a better future for yourself.

Recognizing this fact is the first and most important step toward recovery.

Thanks for your letter, M.