In today’s video, I’m going to go into what I believe is the number one mistake made by modern men and women struggling with obsessive jealousy in relationships.

I’d also like to remind you that my brand new online course, The Overcoming Jealousy Blueprint, a step-by-step plan for beating obsessive jealousy in relationships, is available right now.

You can click here to learn all about my new online course, The Overcoming Jealousy Blueprint.

Zachary Stockill: What is the number one mistake that people dealing with obsessive jealousy in relationships make in the 21st century, which is different than the mistakes made by jealousy sufferers in decades past?

I would be willing to bet money that the overwhelming majority of jealousy suffers watching this video have at the very least, even if they haven’t done it. They’ve had the impulse to go through their partner’s phone, to log into their partner’s email account or social media.

To invade their partner’s privacy by going through their technology.

We’ve all been there, we’ve all had at least the impulse to do this in certain moments.

Sometimes that impulse can be so strong. It’s very difficult to resist because there are these little boxes lying around. Which on some level we kind of believe that will give us access to our partner’s secret world. Will let us know what they’re really thinking and feeling. Will let us know if they can really be trusted, all of this.

But I believe two things very strongly. These are Zach’s beliefs, if you don’t accept them, that’s absolutely fine. I’m just sharing what works for me in this regard.

So two beliefs: number one, I believe in personal privacy for my intimate partner. I expect to be extended that same privacy in return.

I don’t even give myself the option to ever go through my partner’s phone.

So even if I really wanted to I just don’t give myself the option. I don’t scratch that itch.

For anyone struggling with obsessive jealousy in relationships, retroactive jealousy, any kind of irrational jealousy: this itch will only be fully scratched for a very brief period of time because you’ve got a dopamine hit in this moment.

Your brain has received a nice pleasant feeling, sensation, a neurochemical reward which you are going to seek to replicate over and over again.

So what does this mean?

You’re going to want to check it again in an hour and maybe you will.

And then maybe, when she goes to the washroom the next day and her phone’s lying around, maybe you’ll want to check it again.

It will never end.

Even you’re seeking this resolution, you want to know if your partner can finally be trusted. Going through their phone is not the way to answer that question. It’s never enough and it never will be enough.

Again, you can never fully scratch this particular itch through actually looking through their phone. So that’s my first belief, privacy. I just don’t give myself that option. Aside from the fact that I think it’s morally wrong, it just doesn’t work. It’s a lousy practical solution.

And number two, I believe in karma.

Okay, I’m going to get a little woo-woo here, please bear with me.

I do believe that if show up honorably in my relationship, there are always going to be exceptions to this.

If there’s something shady going on with my partner, if they are messaging their ex, if she is looking at other guys and seeking an escape route in the relationship, whatever my particular issue might be…

I believe that the truth will rise to the surface without a whole lot of investigation or digging around on my part.

In the 21st century, when everyone is hyper-connected and everyone’s online. People are posting on social media. You probably have related friend groups and in your social circle, given enough time, the truth will come out.

People in general are pretty lousy at hiding who they are, especially over long periods of time.

This is one of the many reasons I advise really taking your time in relationships again. A huge issue, which I don’t have time to get into now.

Sufficit to say that number one, I believe that every retroactive jealousy suffer, every obsessive jealousy suffer should just not give themselves the option to look through their partner’s phone. I think it’s an invasion of personal privacy.

I wouldn’t want it done to me and so I just think it’s good to just not even give yourself the option and to realize that it’s not actually a solution, especially over the longterm.

Number two, try to internalize the belief that if I show up honorably in my relationship, if I’m a decent person, if I’m above average intelligent and if at least just keep my eyes open and give the relationship enough time to really naturally mature and develop the truth will come out.

Of course, it happens with rare exceptions, but for the most part, I believe that if you are intelligent enough to be watching a video like this, engage in these matters, interested in psychology, aware of human behavior, I do believe that you will recognize the truth, if it does show up.

In other words, if your partner is actually shady, you will know you will find this out without a whole lot of digging on your part.

What’s more, the overwhelming majority of people dealing with obsessive jealousy in relationships who watch videos like this are struggling with irrational rather than rational jealousy, so they don’t have anything to worry about in the first place.

And finally, just the main point that I want to stress in this video and leave you with: it’s a losing battle.

It’s not a longterm solution for overcoming obsessive jealousy in relationships.

Aside from all the moral implications, aside from the invasion of your partner’s privacy, it doesn’t work over the long-term.

And I am someone who’s very interested in practical, pragmatic long-term solutions and looking through your partner’s phone is not one of those.

If you want more help with this, if you want a proven eight-week step-by-step plan for beating obsessive jealousy in relationships over the long-term, click here to learn more about my just released online course, The Overcoming Jealousy Blueprint. 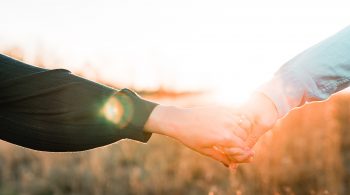 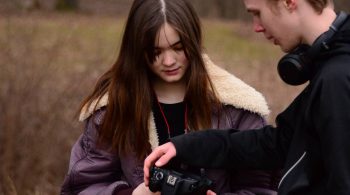 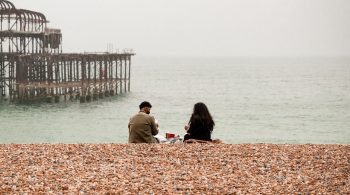 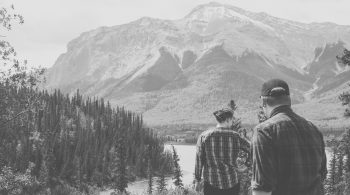