In today’s video, I offer a bit of a warning to modern men to be wary of phony masculine role models in the world today. I want to share a few of my thoughts on positive masculinity and the pandemic of fake “alpha males” on YouTube and beyond.

Read on or watch below to learn about the pandemic of fake “alpha males” and the need for positive masculine leadership.

Zachary Stockill: I think it’s a sad commentary on the modern world that nowadays if you use the term “masculinity,” the first word that many people will think of to associate with that term is “toxic.” You’ve probably heard this term your you’ve at least seen it floating around the internet: toxic masculinity. And my question is always, isn’t there a bright side to the dark side of masculinity? Isn’t there a positive flip side to the toxic masculinity that you see people talking about and writing about all around you?

Now, obviously, the answer is, of course; there is a beautiful side to masculinity. It isn’t all toxic, but I believe there is a serious lack of masculine leadership in the world nowadays. And to fill this void, there are all kinds of “fake alphas” proliferating the internet, proliferating YouTube, talking about how “alpha” they are, saying everyone else is a “beta,” puffing their chests up, artificially lowering their voices…

I remember I had an acquaintance once, many years ago, who started some guys-only Facebook group. And I’ll spare you the details. But he used the word “alpha” in the title of the group, I forget what exactly it was. But it was something Alpha, alphas only,

“You’re an alpha and I’m an alpha… We’re all alphas… Isn’t it great to be alpha!”

I was talking to a buddy of mine about this because we were invited to the group. My buddy said “I don’t think it’s very alpha to call yourself alpha.” To my mind, that is a perfect summation of the problem on the internet nowadays, where you’ve got all of these guys with no credentials, nothing backing them up, but a puffed up chest and lowering their voice and trying to say how alpha they are, trying to be role models to young men, saying that “alpha males never show any emotion…”

They’re never vulnerable with their women. They never show their women their hearts. And you’ve got a lot of sad, lonely, lost young men looking up to these guys saying, “This is my new role model, this totally fake alpha male, that’s the man that I want to be.” You see a lot of these guys in the space, generally called “the red pill” on the internet.

But anyway, the internet is becoming filled with these guys filling the void of masculine leadership.

Because the truth is: the world needs more masculine leadership. We need more men to step up.

We need more men to have conversations and offer thoughts on how to be a good man in the modern age. Masculinity is absolutely not 100% toxic; there’s a beautiful positive side of masculinity that I think more guys need to be unapologetic about. But to my mind, calling yourself an alpha male, calling other men beta, talking about how alpha and awesome you are…

It’s all peacocking, it’s all puffing up their chest… There’s no soul there. There’s no vulnerability there. And it’s absolutely transparent to most people that this is pure compensation. This is pure insecurity.

I’m going to get a little more specific now. I’ve seen one of these guys on YouTube recently, and he has a stutter. My best friend growing up had had a stutter. It’s a terrible thing for people to deal with. I wouldn’t wish it on anyone. This guy on YouTube has a speech impediment, like my friend. He’s calling himself an alpha. He’s talking about how alpha he is. And he’s trying to suppress the stutter because maybe he thinks stuttering is “beta” or something… And I can see it clearly: the more he’s trying to suppress the stutter, the worse it’s getting, because it’s like a nervous tic that he can’t quite get over.

Whereas if you just own the fact “You know what? I have a stutter and a YouTube channel. And I’m not going to apologize for that. And I’m going to speak and might stutter sometimes. But hey, I’m imperfect. I have all kinds of flaws. I’m not always super Alpha when I talk…” If he would just do that and relax a little bit and show a little bit of vulnerability, the stutter would be much better and his YouTube channel would be better.

This is one example, but it represents a broader phenomenon. All of this is to say to young men reading this, to any man: beware of fake alpha males, because there are a lot of them on YouTube nowadays.

And as far as I’m concerned, I am far less concerned about being considered alpha… I want to be considered a good man. And I think that’s enough. I think that is a worthy pursuit right there. I don’t need to call other people beta. Likewise, I don’t need to call myself alpha. I’m pretty happy the way I am trying to be a good man, trying to be a better man every single day.

In the future, I’ll share more of my thoughts on masculinity and positive masculinity, and all the rest. But today, I just wanted to put that message out there. Beware who you’re getting your information from. Don’t look up to all these fake alpha males. I think it’s a much better use of your time to work toward becoming a good man rather than a fake alpha.

« Previous Post These Are SO Important: My Top “Green Flags” in Dating [VIDEO] Next Post » “What if My Girlfriend is LYING About Her Past?” Q & A [VIDEO]

“Can’t Get Over Retroactive Jealousy?” Ask Yourself THIS [VIDEO] 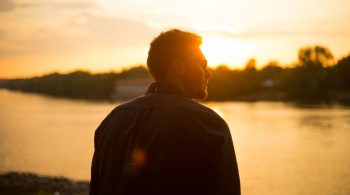 “Can’t Get Over Retroactive Jealousy?” Ask Yourself THIS [VIDEO]

“My Girlfriend’s Past Makes Me Sick. What Should I Do?” [VIDEO]

“My Girlfriend’s Past Makes Me Sick. What Should I Do?” [VIDEO] 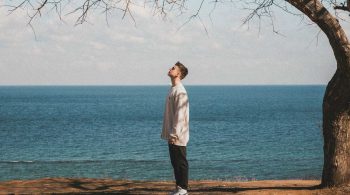